Kingtop Arcade Fight Stick is an universal stick that works with almost any platform PS4, PS3, XBOX ONE, XBOX360 and PC, Android tablet (Not for IOS system)

a perfect solution for the trouble of a dedicated machine which only support one particular device. It definitely a must buy device for all arcade game players

3.Make sure the micro USB cable connected between Arcade Fight Stick and the controller has data transfer function (Package included )

-Supports the XINPUT and DINPUT when being used on PC

-Supports the Turbo functions for a variety of speed settings

-When play with PS3/PS4/Xbox360/XboxONE(S),you have to plug that controller into the stick 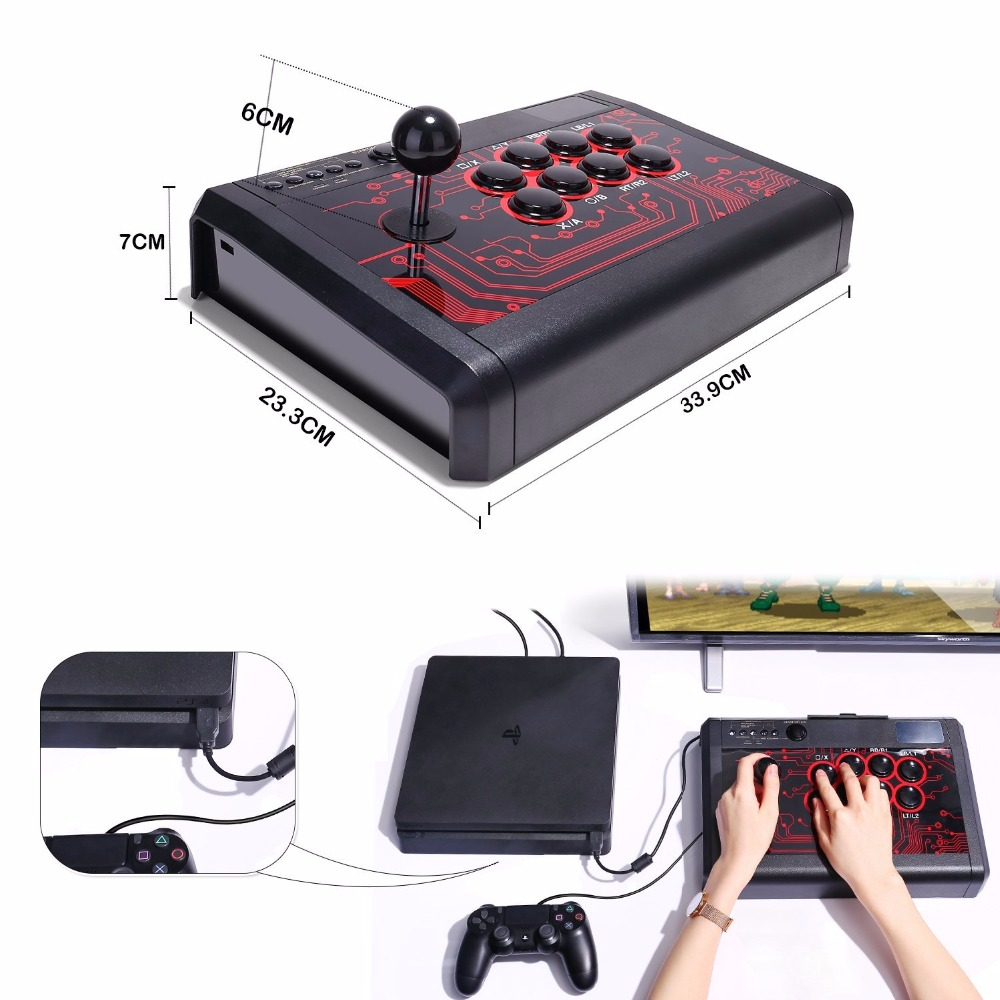 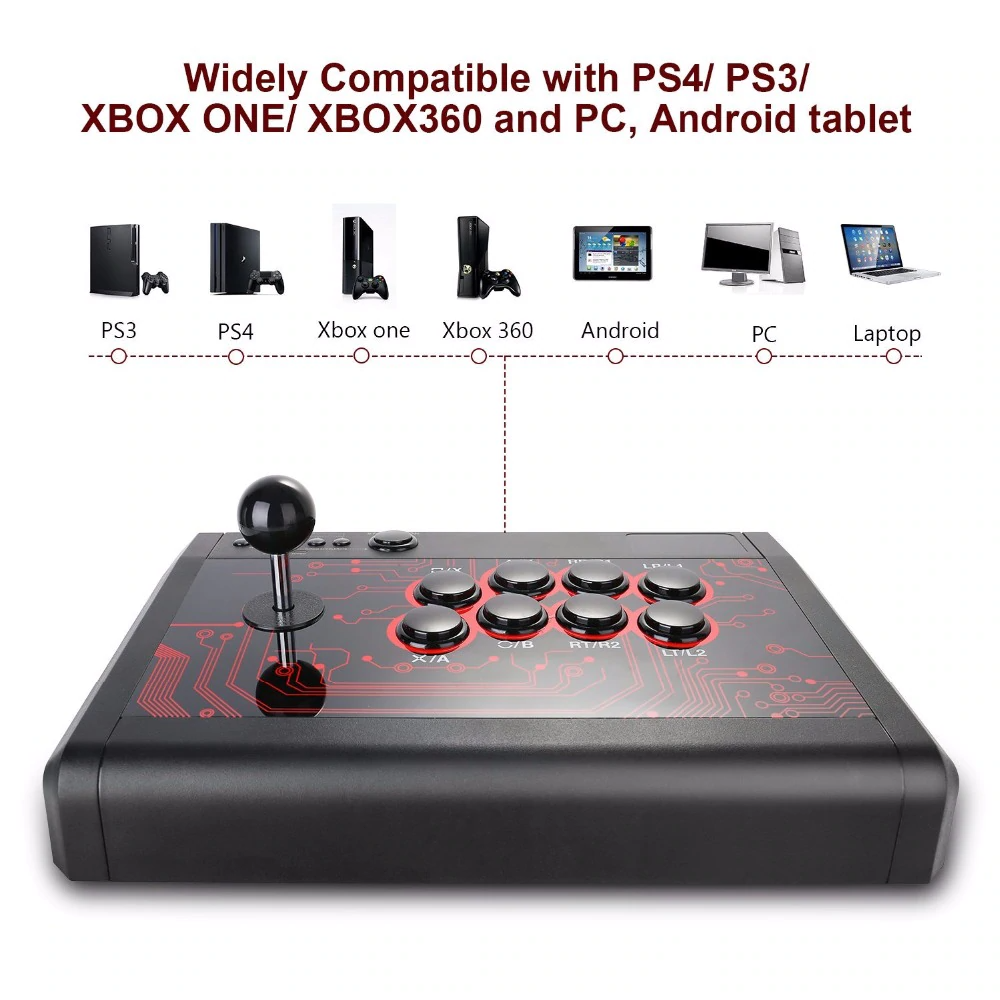 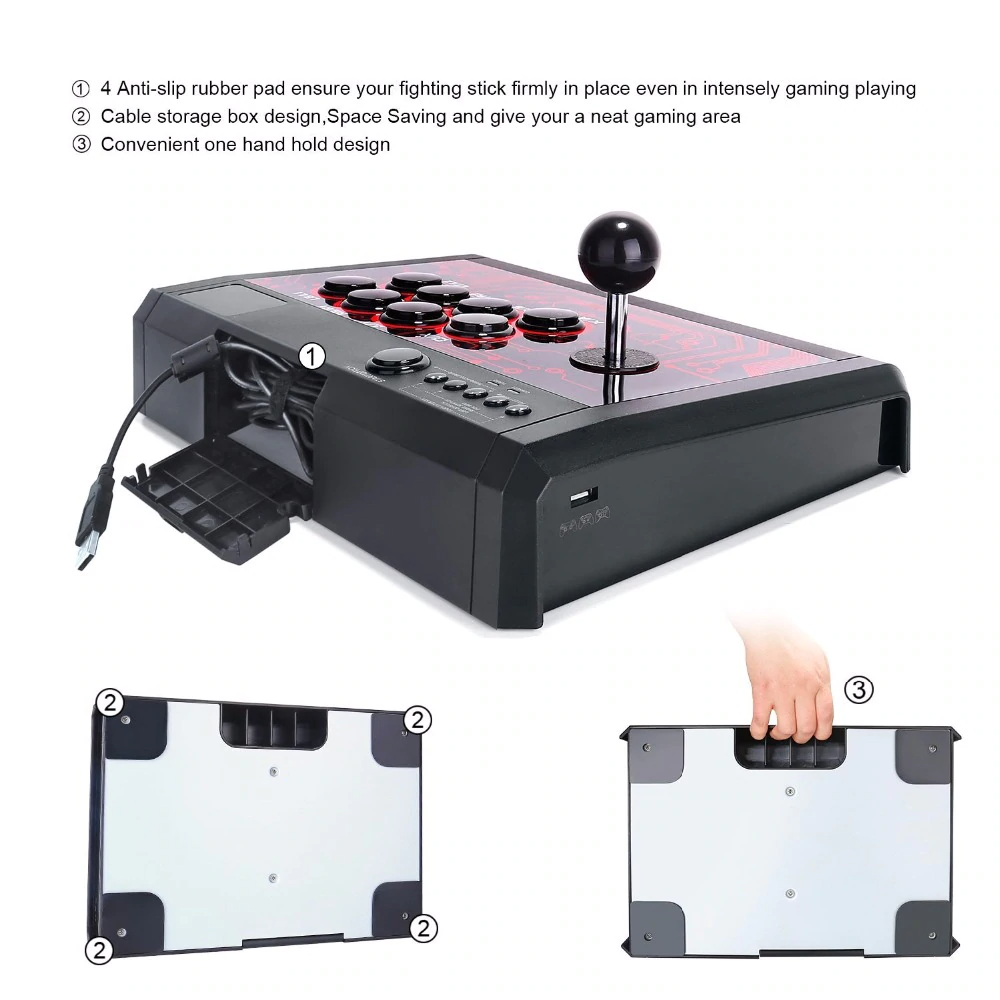