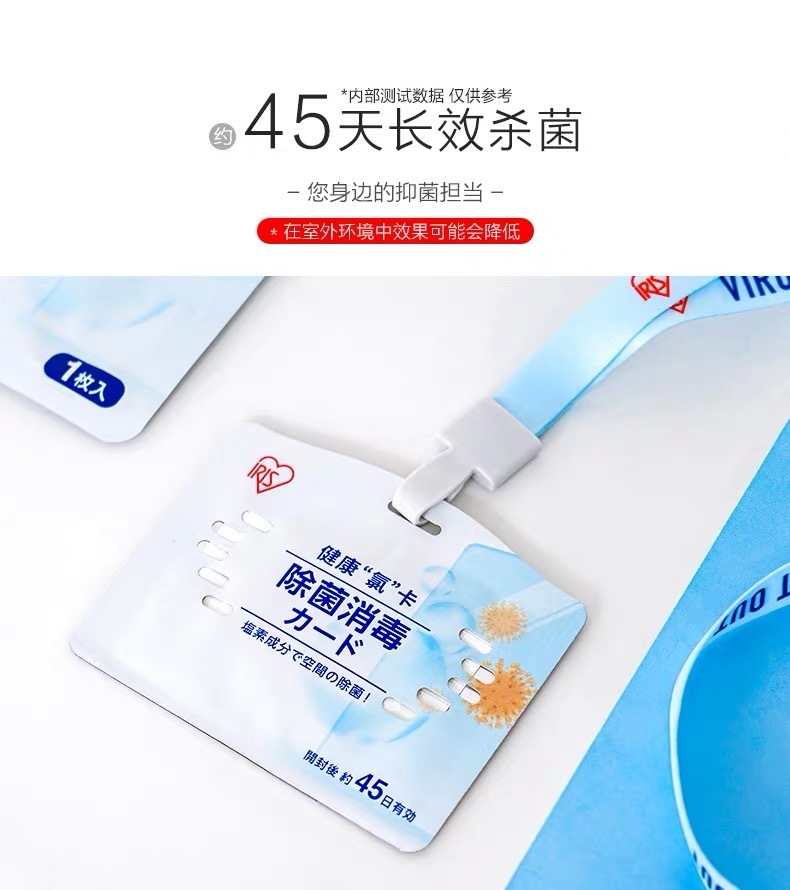 Getting sterilized with air Helps to remove floating games, viruses such as influenza. Purifying air. The main ingredient is c Petrel (Chlorine dioxide) It is a new generation of extensive and powerful fungicides in the world. It also purifies the air、 remove the odor of floating. Not open for 12 months Once unsealed, expired in 45 days Product principle: - the principle is to produce low concentration of chlorine dioxide by interacting with the air, which is certified as safe level by WHO, reduce the number of microorganisms in the air, effectively eliminate components such as fine ju and pollen activity, and form an isolation layer of one square meter. - infants, the elderly, children, any public places, places where tourists gather are recommended to wear! - by continuously emitting the lowest concentration of chlorine dioxide harmless to human body, it neutralizes and decomposes the bacteria in the air in a wide range, making it lose its transmission ability. This has a certain principle of action, and the probability of infection after wearing is surely lower than that without wearing. Specifications: -Model: Lanyard air sterilization card -Product specifications: 3 sterilization card   3 lanyard -Product size: H7.2cm × W4.2cm × D1.9cm -Main ingredients: sodium chlorite, chlorine dioxide, natural zeolite -Validity period: 30 days after opening (the valid period may change according to the place of use and the situation) -Storage: The product should be stored in a dry, cool and dark place. For Children, Girls, Boys,Studers, Workers,and so on. How to use: 1.Remove the outer packing bag and remove the product. 2.Pin the lanyard on the bag. 3.Hang on neck or carry-on items. Package Including 3 x Air Sterilization Card   3 x Lanyard 🔥Notes: It is not to say that wearing this can completely sterilize, please rational understanding, this can not replace the mask, it is recommended to use the mask at the same time during special periods! 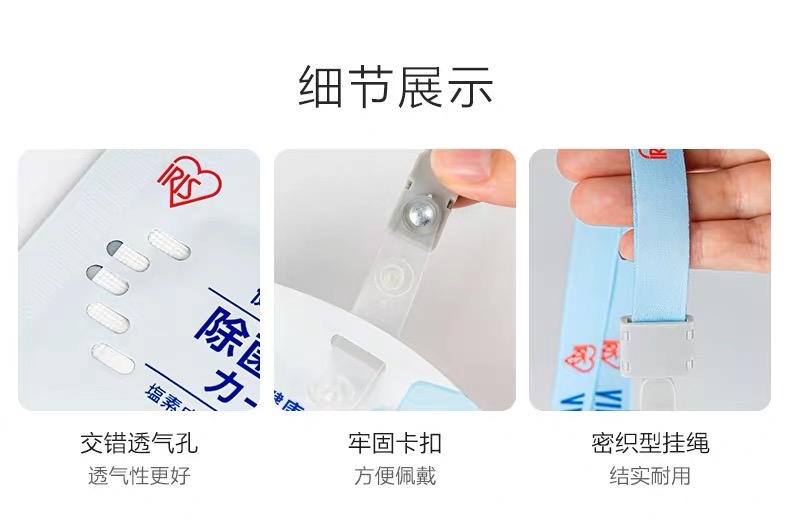